Twitter is somewhat like a madcap town square where everyone is shouting to be heard, with such a short space to write an informative message, most tweets on the site are informal and brash. However, it’s a great way to put information across to your customers, but how does a business or a larger corporation, manage to put across a clear message without compromising their professional stance?

Christine Buhay writes about some top level corporations which are doing pretty powerful stuff in the Twitterverse – with just 140 characters or less. 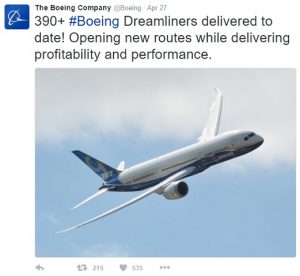 Boeing, the world’s largest aerospace company and defense contractor in the world have more than 300,000 followers. They provide their followers the latest innovation in aerospace engineering and are committed on flying towards a cleaner future. The company’s latest projects and documentary series are also featured on their Twitter account which is brilliant for their brand. 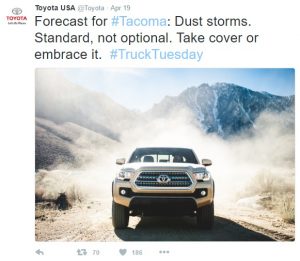 Top selling brand and leading Japanese automotive company Toyota have around 587,000 followers to date. Toyota often posts stylish photos and videos of their good-looking vehicles at motor shows or race tracks. This kind of approach works  very well for them as it sparks consumer’s interest and attracts their target audience’s attention. These kinds of posts almost always generate hundreds of likes and positive feedbacks. 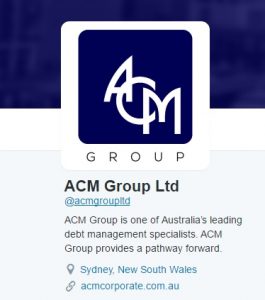 The debt management specialists ACM Group, keep it very simple as providing general information about their business, but also retweeting from powerhouses like Entrepreneur and The Economist with sound financial advice for individuals. 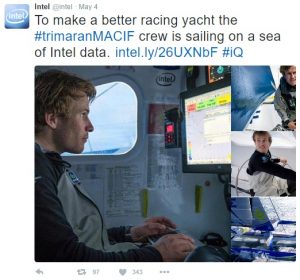 With 4.5 million followers, there’s no denying how global tech innovator Intel built a successful Twitter profile. Intel has an interesting Twitter feed which showcases their new products, latest projects and of course, informative IT data which has given them unbelievable numbers. 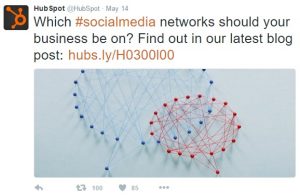 Marketing software firm Hubspot has an impressive following of more than 680,000.  Hubspot takes a pretty clever approach to advertising sales and digital marketing by producing a lot of content and then featuring them on their Twitter feed.  There’s no question their followers perceive them as a valuable source of information. 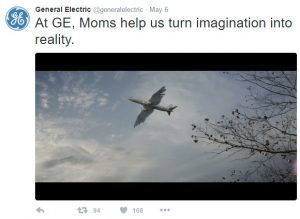 Rather than pushing out sales pitches, technology and innovation are what General Electric, mostly tweets about, which makes it genuinely interesting for its 400,000 followers.  Surely, it’s one of the impressive Twitter profiles out there, but what’s more notable is that General Electric is very good when it comes to communicating and engaging with its fans.  No wonder their number of followers is increasing steadily. 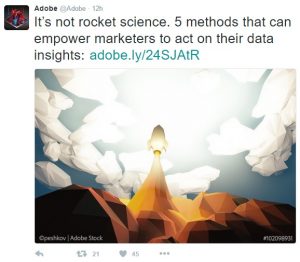 Computer software company Adobe has more than 450,000 followers at present.  Its Twitter feed is focused on the latest company and product news, plus tweets on a broad range of content – from blog posts to upcoming events. Fans like Adobe’s Twitter profile because of the valuable interaction they get from this amazing brand.